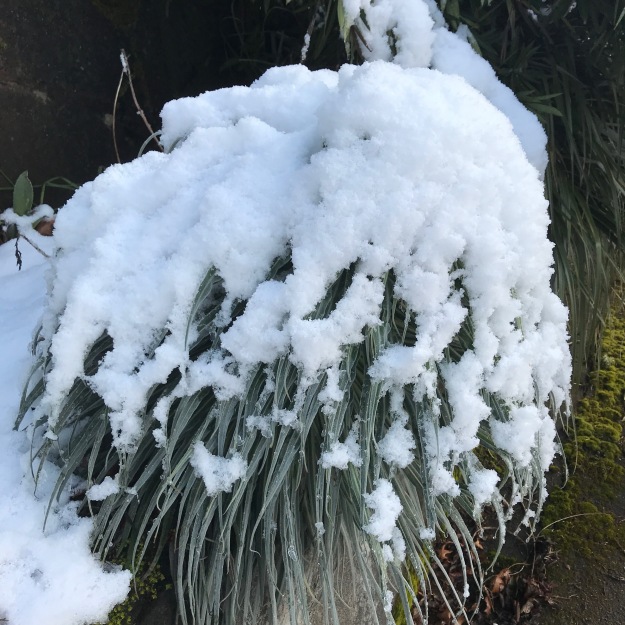 This Canary Island native has a tougher winter climate here to endure than back home.  As an alpine growing on Tenerife, this plant is said to tolerate down to 20ºF with its characteristic dry winters…not so here.  After a relatively mild winter here in inner SE Portland the later half of February chilled down with a little snow as shown here on Feb. 22.  The official weather station at PDX recorded nine days at or below freezing in February ranging down to 23F on the 21st.  This was a fairly ‘normal’ February temperature wise for us, though with just less than 2″ of precipitation, about half of normal, which could have aided its survival.  At my location in inner SE we can record 5-6º warmer than PDX though we often move right in step,  January was milder PDX recording below freezing temperatures on only two dates, the first and second…and we were right around freezing both of those days with just under 5″ of rain for the month.  During December we were ‘blocked’ from lower temperatures that hit most of Portland.  PDX recorded 14 lows below freezing, we suffered only six getting as low as 25º on one of them.